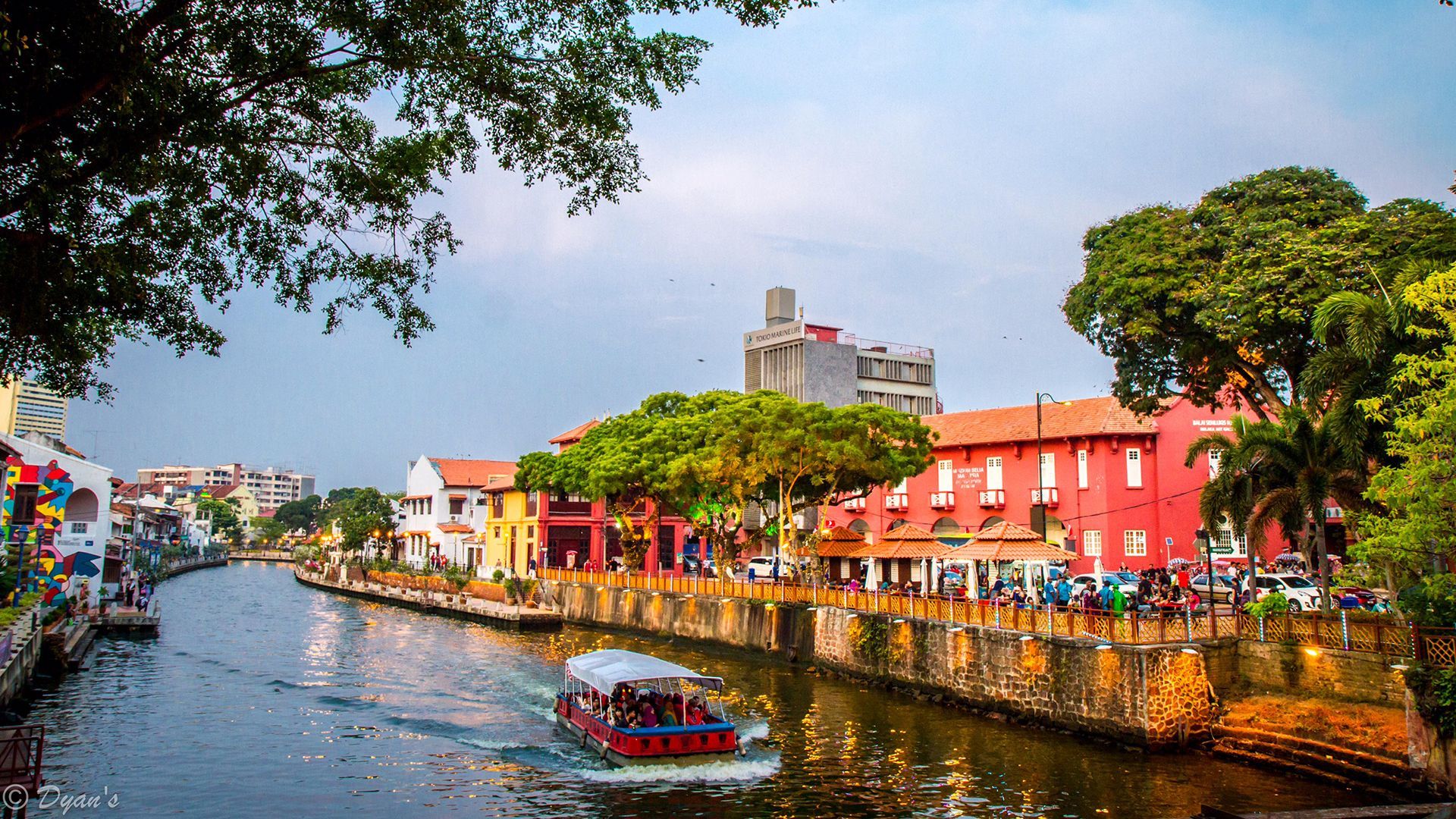 Malacca the UNESCO World Heritage is a famous tourist destination and definitely worth a visit when you travel to Malaysia. It is one of the smaller states of Malaysia, rich with heritage buildings, ancient landmarks and colonial structures. You can still see the imprints of British, Dutch and Portuguese forces left behind in forts, museums, churches and towers in Malacca city now.

Located about 145 km from Kuala Lumpur and 240 km Singapore, it is easily accessible via Highway, that makes it a very popular destination among Singaporean, international and local tourists.

Malacca was founded at the start of the 15th century by Parameswara, a Sumatran prince. As Malacca is situated strategically at the narrowest part of the Straits of Melaka, together with the sheltered estuary of the Melaka River, it thrived as a trading entrepot and was soon established with a lucrative spice trade. Due to its success, Malacca attracted the Portuguese who conquered the state in 1511 and held it until the Dutch took over in 1641. The British in turn ruled Melaka from 1826 until Malaysia's independence in 1957.

Over the centuries, the beautiful mixture of British, Portuguese, Dutch, Chinese and Islamic architecture is still largely present as it was 100 years ago and because of these cultural values between Malaysian culture and the Western culture, Malacca is recognized by UNESCO as a World Heritage Site in 2008. Malacca is one of the few places in the country where you can get a handle on rich Malaysian history.

Apart from Portuguese influence, there is also Chinese descendant's settler that have adopted into the local Malay culture through intermarriage, forming the distinct Baba and Nyonya [ Peranakan ] flavours. Take a glimpse into the Peranakan culture at the Baba and Nyonya Heritage Museum and observe the unique historical artifacts, carvings of antique furnitures and charming house interiors that were acquired by the Chan family in 1861. There are also a few Baba and Nyonya style accommodation in Jonker Street, where you can truly experience the living of the 'Peranakan', for example, The Baba House.

Discover the biggest and oldest Dutch building in Southeast Asia, the Stadthuys, which means the Municipal Town Hall in Dutch. You can spot the red building easily in the Malacca Town Square and situated just opposite the 18th century Christ Church. The Stadthuys was built when the Dutch took over Malacca from the Portuguese and it takes nearly 20 years to completion as the building materials are mostly imported from Netherlands.

Another interesting historical places to visit in Malacca is Tranquera Mosque which is also called Masjid Tengkera. Built in 1728, it is one of the oldest mosques in the country and one of the few mosques with a pagoda instead of a minaret. The current brick structure of the mosque is over 200 years old and features a Sumatran-style façade. The original structure had been made entirely of timber brought from Kalimantan, a Dutch East India Company and it features a unique combination of Javanese culture, Malay, Chinese and Indonesian elements. Lets take a glimpse of the past and create your memory for the future.

Every evening the famous Jonker Street night market is buzzing with tourists from all over the world. If you are an antic lover, Jonker Street will be a perfect place for you. It's pleasant for a slow stroll where you can get delicious local delicacies, Nyonya fashions and shoes as well as cafes and pubs. Besides the many beautiful historical sites, Malacca is also well known for its great food. Everywhere that you look you will find places to eat; experts claim the best local dishes in Malaysia originate from Malacca.

Malacca doesn’t have an airport, so visitors from neighbouring states and Singapore mostly travel here by bus, car or joint a tour from Kuala Lumpur. As the town is busiest during weekends and holidays, be sure to book your transport and accommodation well in advanced.