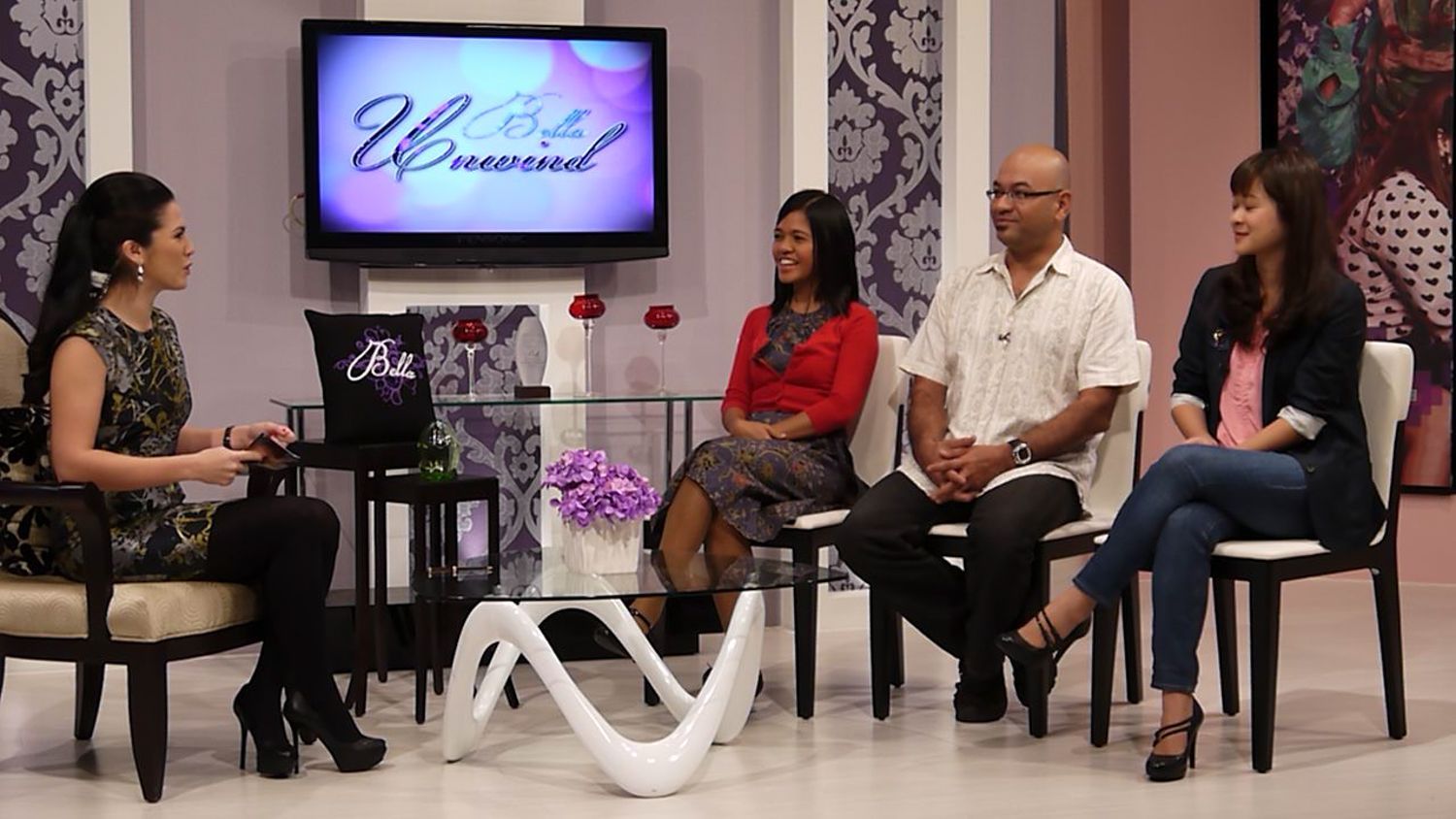 Monday 3 Sept 2012 Ampang Jaya
BIKE AND TOURS WERE STOKED WITH THE INVITATION FROM BELLA NTV7!

It was a day before we were scheduled to board the plane back to Lahad Datu that we received an email from the producer of Bella inviting Bike and Tours to appear on the show. Bella NTV 7 is an English women talk show that covers topics from women issues, lifestyle, fashion, family and etc. This time around the discussion was on “Things to do over the weekend apart from the normal shopping or chilling at the café”

We stared at the email long enough that the words started dancing in front of our eyes. Slowly the idea transpired and excitement starts to bubble up! Yipppeee!!!

But wait! Could this be true? Or is someone trying to play a prank on us??? Honestly, we had our doubts as the producer used his gmail account to send us this email instead of the NTV7 email account. However, we did a bit of research and had sufficient information to believe that the email was legitimate. We made the call to Mr. Producer and he sounded very kind and accommodating, told us that the “Bella Unwind” session is a one off. We were contemplating as we had other commitments in Sabah and had to return the next day. I tried to buy some time and told him that I will give a final answer by the next day. He was very understanding and would wait for my answer J. Meanwhile, we made some calls to reschedule our appointments in Sabah and we were relieved that our slots could fit the other version of the “maze”. So, I made the call to Mr Producer and this time around told him that we were happy to accept his invitation.

Since it was a women’s talk show both Bella and Simon was of the same opinion that I should speak. And since it was my very first time to appear on TV, I had “Air Batu Campur” ABC feelings. Meaning, I was feeling excited, nervous, anxious, and timid all at the same time. My imagination drifted and I imagined that I would stammer or my voice would turn to sound like a man during the show!! I speak at a fairly slow pace and if the host cuts off my sentences, this would make me more nervous. Ohh what a nightmare that would be!!!

Simon wanted to share the news with more people but I was too nervous that I would do something silly on live television. So I told him not to tell that many people just yet. From my end I managed to speak to my BFF Amreet a writer for an international oil and gas company and Emma a successful entrepreneur in the fashion and accessories business. Both gave me lots of valuable tips and support.

As the interview date got nearer, I couldn’t help to share the exciting news with a few other friends, mostly my ex-colleagues from Robert Walters, my childhood friends and my friends from Lahad Datu Sabah. All of them were genuinely excited and happy to hear the news. Special thanks to our friends in Lahad Datu who supported us by taking one hour off work to watch our appearance on tv. (Well, looks like I almost told the entire world didn’t I? :P )

Mr Producer emailed me the proposed questions the evening before the show and this definitely gave me the heads up on the type of questions that the host will ask for the next day. And so after my meeting with a contact of ours, I started practicing in front of the mirror. Our Swiss friend, Indro suggested that I prepare my “Elevator Speech”. As I constructed my sentences and practiced, I realized that I was at my own accord stressing myself. I should just calm my jitters and take it as another chat session. There is no right or wrong answers. I just needed to be myself. And so with this in mind, I fell asleep with clouds of “outdoor, outdoor outdoor” bubbles consciously playing in my still conscious state of mind…………..

And so THE DAY arrived! I was the first out of the 2 other panels to arrive. Simon and my dad were there to give me the moral support I needed. I walked my way to the set but there was no one to be seen. I ventured my way further and heard voices coming from the makeup room. Knocked on the door and was greeted by the friendly makeup artist named Cindy and another cheerful voice behind another makeup artist. Somehow this chirpy voice sounded familiar and I asked “Is that Vanessa?” Indeed it was Vanessa Chong!!! Vanessa the celebrity that made Malaysia proud for her remarkable achievement for Amazing Race Asia 2.

I introduced myself to her and this bubbly personality gave me a warm welcome, so much so that it helped lessened the nervous feelings I experienced yet again that morning. We talked about the show and how it would take place slightly later and then moved on to each other’s travel experiences. As she was relating her experience, she was modest to ask if I was aware of her participation in Amazing Race. Well of course, which Malaysian did not? I was definitely impressed with her humbleness.

After my makeup session, I joined the other two panels - David Hogan, Editor of Malaysia Asia and Emma Chong, Deputy Features Editor of Time Out KL. Both looked very calm and composed and we chatted for a bit before the live show took place. While waiting, Simon, my dad and I were definitely entertained by Emma’s colleague Nazeen Kooda who shared interesting stories of her cycling experience in Amsterdam and smoking monkeys in Kuala Selangor!!!

Before we knew it, we were directed to our seats in front of the set. The Bella theme song started playing and Vanessa confidently steered the show in the right direction. The rest was a memorable experience that began with strong heartbeats from my end. At times my words failed me but I believe that I managed to get the message across. Watch the video above as we share with you the things we could do over the weekend!

Previous Go beyond the wheels

Danum Valley and the Pygmy Elephants Next